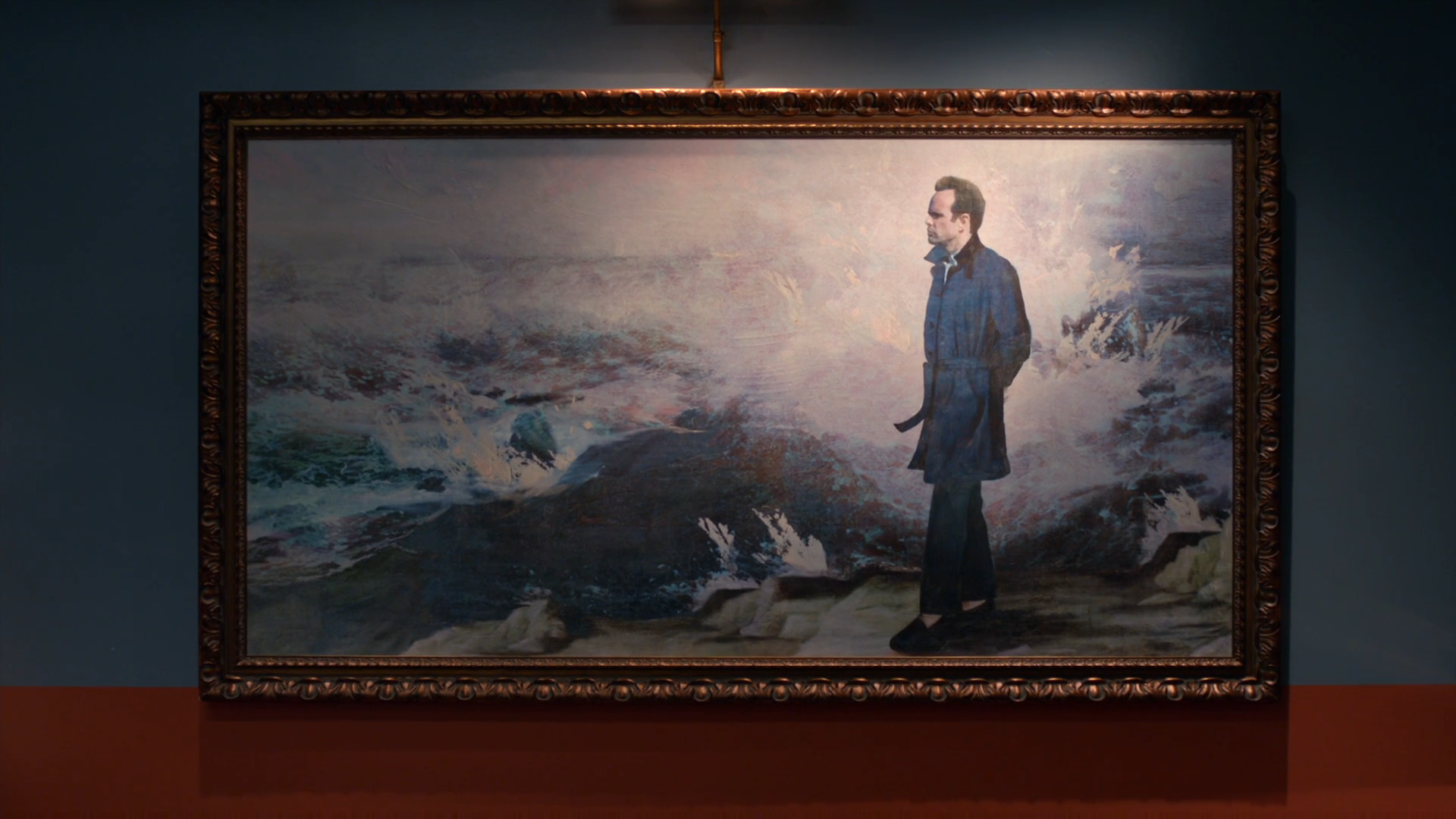 Vice Principals has reached what feels like a conclusion. Neal Gamby has outed Lee Russell as his killer and, as the plot unfolds, forces his resignation. If someone were to read the Wikipedia article about this episode it would feel like a total win for Team Gamby. But while watching it, I couldn’t help but feel a constant sense of foreboding. I have been calling Lee Russell the shooter since the moment it happened, but no episode to date has made me doubt that Lee Russell is the killer than the one where Gamby is convinced he is. Maybe this is clever writing or careful directing, mixed with Lee Russell’s terrible past and present. But also, maybe, Lee Russell is genuinely not the killer and it’s the reason why we have one episode left. 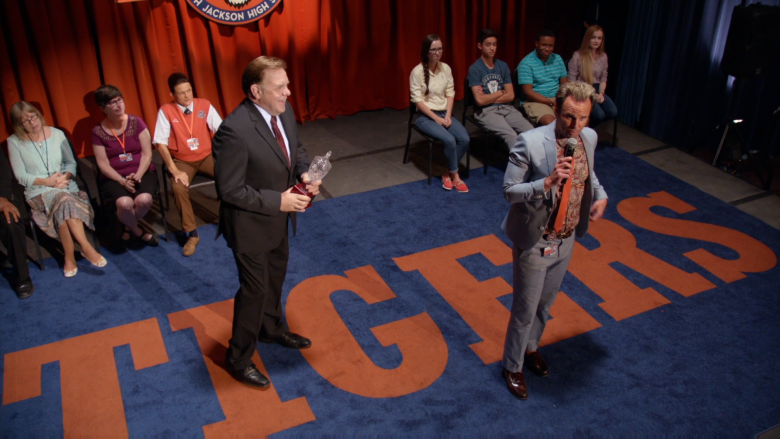 If Russell’s not the killer than who? Who has the motive to do this terrible thing while risking it all? The interesting (and foreshadowed) answer is Ms. Abbott. There were multiple hints throughout this episode that Ms. Abbott is the one who shot Neal Gambyl. When Neal confidently tells his ex-wife Gale, and her husband Ray, that their family can rest easy now knowing that Lee Russell is done for, Gale responds, “How do you know it’s a man?” Which is a weird thing to say and an even weirder thing to keep in a script. Ms. Abbott aggressively confronts Neal Gamby at multiple times this episode up until the last shot, where she stares dumbstruck at Gamby and Amanda Snodgrass making out on the prom dancefloor. And there are even better references to her being the shooter in other episodes. Neal finds the shooter’s outfit in Russell’s trunk moments after Abbott leaves (indicating she planted it there). And Abbott is so quick to poison Amanda Snodgrass’ boyfriend for the affection of Neal. Honestly, the only thing we’re missing is the motive. Ms. Abbott is crazy, but in every other matter of her character she seems to have some sort of twisted rationale that guides her. Outside of mild jealousy, Abbott has no reason to shoot Neal. And why would she care to help Lee Russell? At this point it’s the only hole in my theory, but don’t be surprised if we spend the majority of the time in the final episode exposing Ms. Abbott for who she really is. 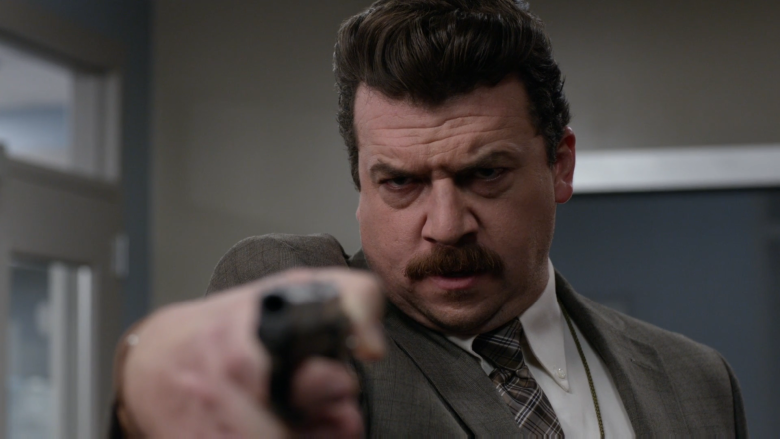 The plot of this episode is all about moving the story forward in big ways. There’s not a lot attention paid to the comedy of the scene, and most of the time we are left with Gamby planning his revenge. It’s not like Lee doesn’t make it easy for him. After deciding to make the teacher’s that betrayed him “Gold Stars” (chaperones for prom with open office hours who have their personal numbers posted on the school’s website) Lee turns his attentions towards Gamby. Gamby spouts off the lines that he once believed were meant for Belinda Brown and pulls out a gun from up his sleeve on Russell. From this moment no one looks back. The stakes are continually raised and from a plot perspective it’s good TV. I just can’t help but wish at times that this show was more devoted to the comedy than it is. Regardless, Russell and Gamby play tug-of-war with each other, and every time Gamby feels like he has the upper hand, Lee pulls a fast one. When Gamby thinks Lee is leaving for good, he’s actually just leaving to change the painting on his wall to match his new approach to dictatorship. When Gamby decides to fight him via a True Detective continuous shot (sort of), Russell gains the upper hand, equating Gamby to a mindless attacker and firing him. But for every moment Russell wins, Gamby just comes back even harder.

This manifest itself in Gamby creating a sort of unholy union as the Bad Kids, “Gold Star” Teachers, and the Lunch Crew all decide to team up in order to bring Lee Russell down. Ms. Snodgrass joins the group even after Neal Gamby admits that he and Lee were the people who burned Belinda Brown’s house down. Gamby has embraced redemption as his id and decides to mold that into a sort of justice. But as he builds a massive plan that involves the diary Lee’s older sisters had written about him as a child, you can’t help but feel like Gamby got the wrong guy. It felt way too easy, and when Lee Russell sits outside, alone, it did not feel like a guy meeting his mistakes. It felt like an innocent (sort of) man rationalizing what just happened. 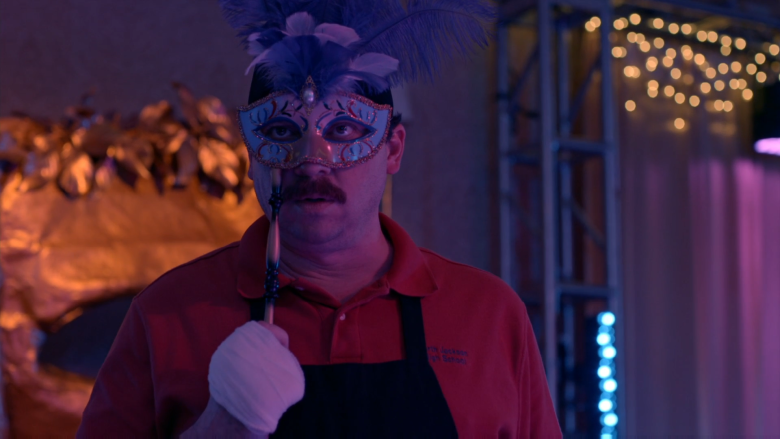 Sure, Lee Russell is bad. And yes, he should be punished. But so, should Gamby to a certain extent. One of the best things about this show is that it’s truly about bad people who are not good at their jobs. Neal Gamby is no hero, he’s an idiot that messes up all the time. And so, when he makes out with Snodgrass on the dancefloor, there’s just something about the way Ms. Abbott looks at him that doesn’t feel right. And with one episode to go, I don’t expect a happy wrap up. I think Neal got this wrong, and I think a lot of people are going to pay.