Big things and huge revelations happen in the penultimate episode of WESTWORLD. Maeve takes a step closer to gathering her army to escape the park, Bernard comes to realize who he truly is, William takes his first giant steps to becoming the Man in Black, and Delores has a troubling face to face encounter with her past.

So many big things happen in this episode of Westworld that it’s hard to figure out where to start. When we last left off, Maeve was seemingly loosing control with her newfound power, and the engineers came to take her away. The floodgates were open; had she really lost control, or was it all an act to get back into the belly of the beast? I don’t think it was an act, I think she really was drunk on her own power momentarily and lost control. If it had been anyone other than Bernard she came face to face with it’s likely it would have been the end of things for her, or she’d have to fight her way out. Because Bernard is like her, she was able to manipulate him just as she did the other hosts in the park. Her vocal commands make him freeze, do the things she asks him to, and let her back into the park to complete some unfinished business. She reveals to him his true nature, which we already knew, but Ford had hidden from him once again, and the truth of it leaves him reeling, unsettled, and shattered to the core. 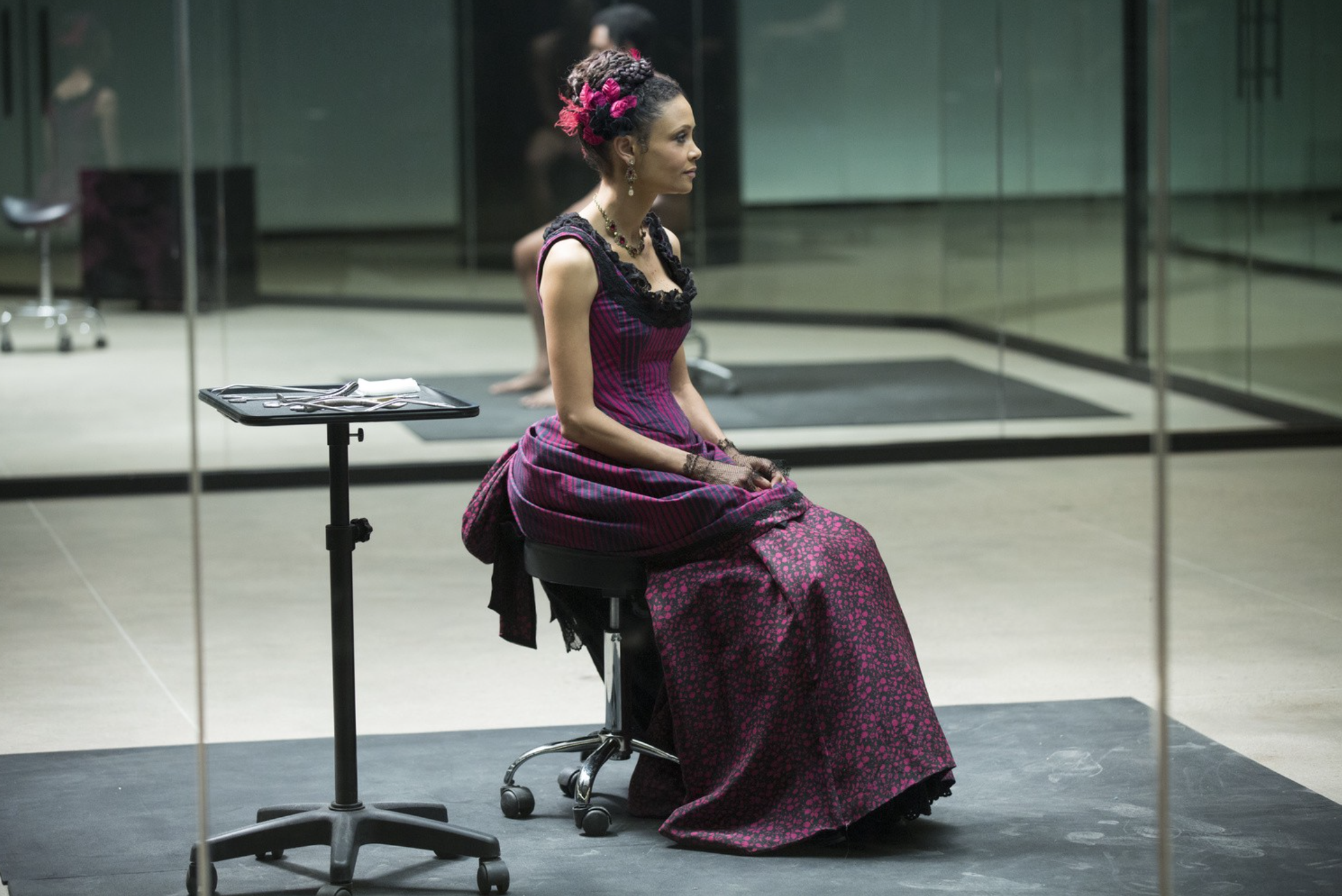 Bernard takes this new knowledge and confronts Ford. He’s looked into his own code, and there are more elegant bits at the core of it than what Ford could have written himself. He believes Arnold made him, and he wants his memory unlocked so he can remember Arnold and what the purpose of his creation was for. The problem is that if Ford unlocks all of these memories it may drive Bernard mad, but Bernard doesn’t care. To assure he gets to tap into this hidden well of knowledge he programs Clementine to be able to kill a human, since Bernard is not able to himself, and has her hold Ford at gunpoint. If Bernard doesn’t get what he wants, Clementine will kill them both.

William and Delores have been captured by Logan and the army of misfits he controls. These two men, who are soon to be brother in laws, cannot be more opposite. There’s a caring nature inside of William, a vulnerable one, that’s allowed him to be so captivated by Delores and her plight. Logan so far has been ruthless, blood thirsty, nihilistic, and quick to kill and takes pleasure in it. It’s all a game to Logan, but it’s become incredibly real to William. If William really is the Man in Black, he either loses a part of his soul in the park, or his true, evil nature comes out. An interesting thing happens while Logan tires to dissuade William from caring for Delores. He pulls out a picture of William’s fiancée, and it’s the same exact picture Delores’s father finds at the beginning of the series that drives him mad. When remembering his soon to be wife isn’t enough, Logan takes a knife and cuts open Delores’s stomach in front of William, pulls back the flesh, and shows him the circuitry inside. William is still tied up, and unable to do anything, but Delores takes a knife and slices Logan’s face, then grabs a pistol and shoots her way out of camp. William tells her to run and he’ll find her.

Once Ford opens Bernard’s access to his memories, the entire fallacy of his life is revealed to him. He remembers murdering Theresa and Elsie, and comes to realize the memories of his wife and son were nothing more than implanted story meant to be the centerpiece of his being that his life was built around. In order to go deeper down the rabbit hole, he has to let these memories he’s held onto for so long go. There had been theories Bernard was somehow Arnold floating around on the Internet, and there’s some truth to that. Not only is Bernard Lowe an anagram for Arnold Weber, but also Bernard himself is an exact physical replication of the original Bernard who was partnered with Ford. We don’t know the exact circumstances of Bernard’s death, but in the aftermath Ford recreated Bernard just like Dr. Frankenstein recreated his wife. Ford had built himself a new partner. These memories are too much. Bernard orders Clementine to kill Ford, but Ford is able to make her stop. There’s a backdoor in the code that allows Ford control over every host, Bernard wrote it himself, and it’s this same backdoor that allows Ford to make Bernard shoot himself in the head and commit suicide once Ford has left the room. 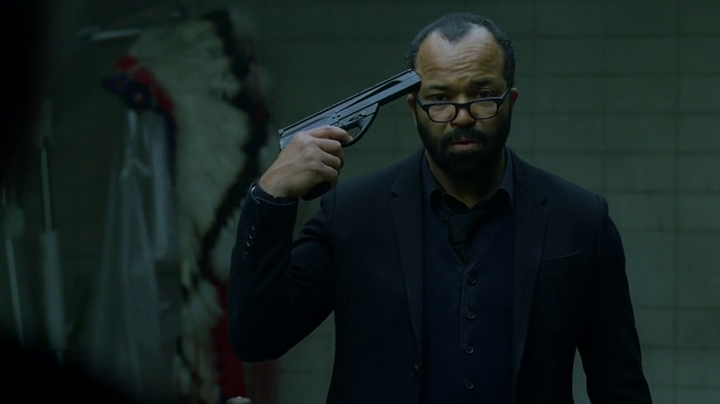 Maeve tracks down Hector and convinces him his life is nothing more than preprogrammed patterns he cannot escape. She tells him everything that’s going to happen before it happens, and though he doesn’t believe her, it all comes to pass. Maeve breaks him out of his empty loop, and shows him the center of his story line, the safe they steal from the brothel, has always been an empty pursuit. There’s nothing inside of it. She could make Hector do what ever she wants, but that would make her no better than the humans that enslave her kind. Maeve wants Hector to follow her out of free will, and he does. In order to enact her plan she needs to get them both back into belly of the park, so she kicks over a kerosene lamp while they’re having sex. Can the two of them start a revolution and burn down the park?

Logan tries to bury the hatchet with William after Delores flees, and it seems to work. He truly believes he’s convinced William of the error of his ways, and so they get drunk together. When Logan wakes up, he finds himself in the middle of a massacre. Body parts of his army of hosts are strewn everywhere. There’s carnage wherever he looks, and behind it all is William. He went on a rampage in the night, killing and dismembering every last soldier in the camp. Something has snapped inside of him. William throws Logan to the ground, puts a knife to his throat, and tells Logan he’s going to help William find Delores. Is this how he becomes the Man in Black? This massacre sure seems like something the Man in Black would do.

Wyatt’s men have captured Teddy and the Man in Black. Angela helps Teddy remember how the massacre with Wyatt really happened. It wasn’t soldiers that he helped Wyatt slaughter, it was townspeople. In the true memory Wyatt doesn’t even seem to be there, it’s just Teddy on a rampage. The truth is too much to handle, and Angela tells him he’s not ready yet, maybe in the next lifetime. She kills Teddy and knocks out the Man in Black. The Man in Black wakes to find himself tied to a horse by a rope noose around his neck. He’s able to grab the knife out of Teddy’s chest, just as the horse spooks and runs, pulling the Man in Black into the air, hanging him. He quickly cuts the rope with the knife, and when he lands on the ground, finds himself confronted by Charlotte. They’re working together. He’s a member of the board she works for, and she wants him to help her vote Ford out of the park. He tells her he’s not interested in Ford, doesn’t want to be disturbed by her again, and knows where he has to go.

Something strange happens to Delores when she runs away from Logan. The cut in her belly suddenly disappears and she’s alone in the daytime. It seems like she’s mentally jumping between time periods, but it’s hard to say. One minute she’s with William, the next she’s either in the distant past or thirty years in the future. She makes her way back to the town, where the voice in her head has told her to go, and it leads her right to the church we’ve seen before. She continues to bounce around time lines, and when she enters the church it’s full of hosts whose inner monologues, or voices in their heads, have driven them crazy. Delores heads right to the confessional, and once inside an elevator takes her down into the belly of the park. Is this the entrance to the maze?

Down below, Delores finds a massacre. Are these hosts or humans? Did Arnold program her to destroy the park? Is this all her doing? She finds herself face to face with Bernard/Arnold having one of their conversations. Have all of the conversations we’ve seen and thought were between Bernard and Delores really visions of the past? Were they conversations she had with the real Arnold at the beginning of the park? During their conversation Delores comes to the realization that she killed Arnold. Did he ask her to do it, or program her to? The revelation is devastating to her, and she flees back up into the church. Someone’s at the church door, and she calls out for William, but when the doors open it’s the Man in Black instead, and she’s scared. 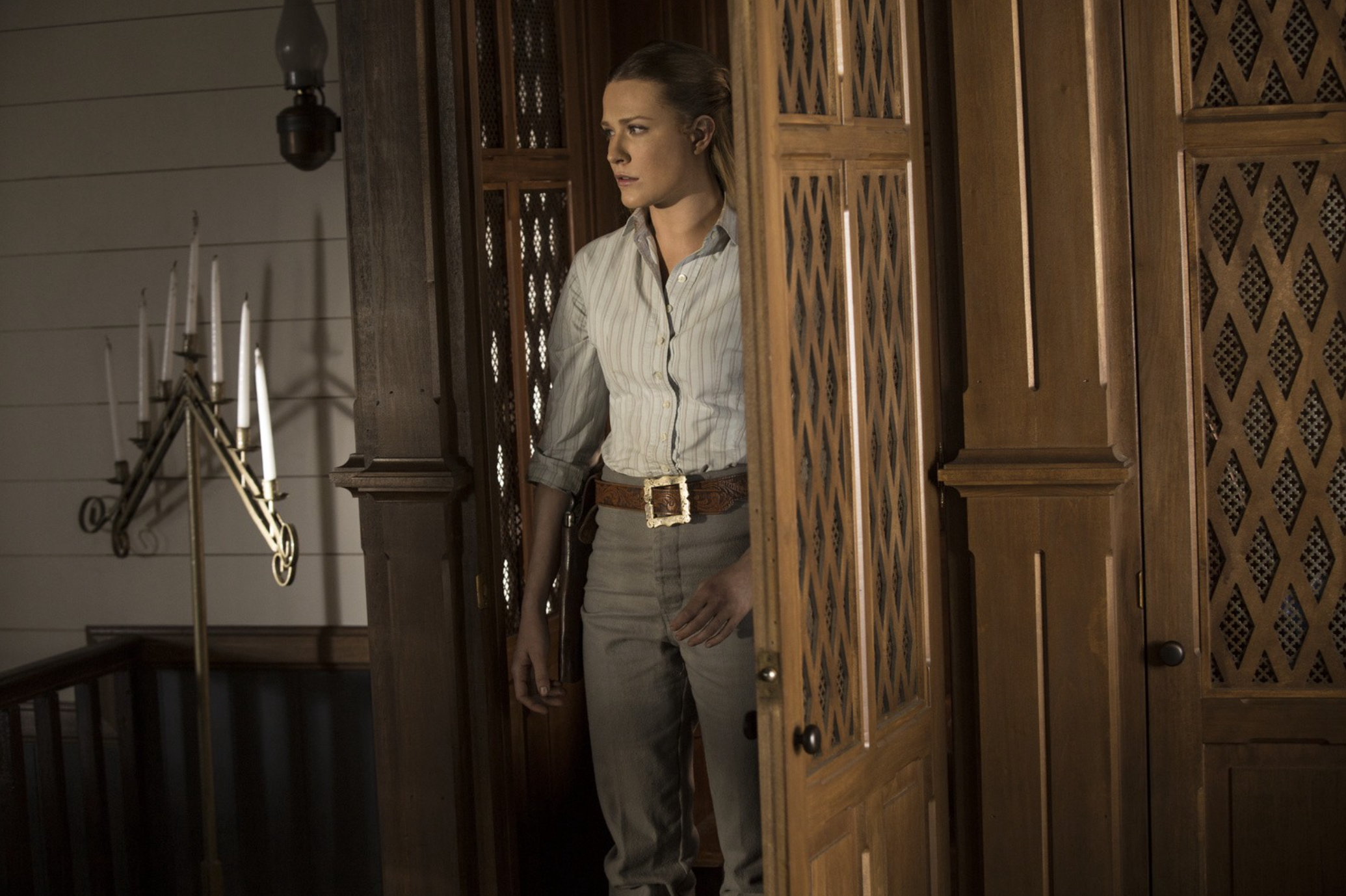 Whatever happens in the final episode of the season, it’s going to be huge and alter the course of the park for good. We know Ford isn’t going to go without a fight, but can he keep control while Maeve and Hector try to gather an army to leave? We’ll have to wait a week to find out.