Does anyone know how Carlos Ochoais doing? We haven’t heard anything about him in weeks now – which seems odd, given that Tanner is so convinced of his innocence. However, in this week’s episode of Wisdom of the Crowd we finally start to get to the bottom of why he was stabbed – but not before we find ourselves at Tanner and Sara’s depositions. 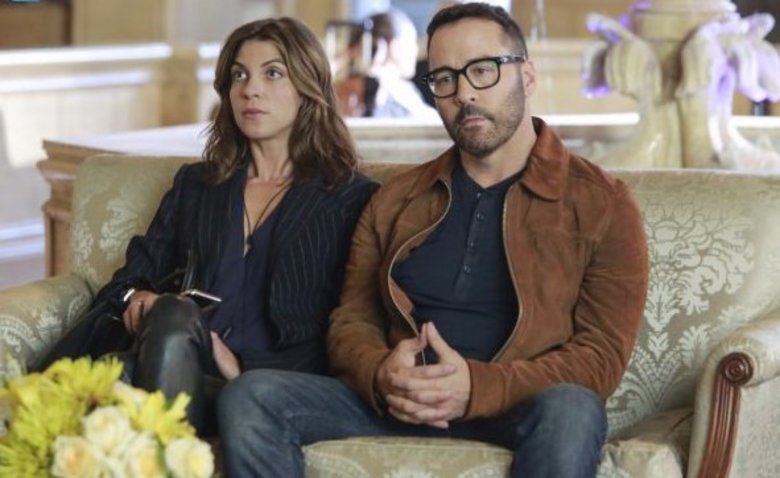 Tanner is up first. He tells Nell and AllSourcer’s lawyers how he tracked Sara down at Stanford 2 years’ earlier after reading her dissertation, and offered her a job. Then Tanner’s cell rings, seeing that it’s a call from prison he excuses himself from the deposition. The caller says they know who stabbed Carlos, so of course Tanner heads straight to the prison – where the mystery caller is revealed to be the prisoner responsible for the stabbing. Turns out he wants to bargain with Tanner, he knows about Sophe and he wants to use it to help clear the name of his niece, Julia, who has been charged with the murder of her roommate, Tami. If Tanner comes through, then he’ll tell him why he stabbed Carlos.

Cavanaugh comes to The Hive. He questions why Tanner wants to get Sophe involved with the case. Julia has a record, and she was discovered in the basement of the apartment building burning her bloody clothes on the night of the murder – it seems like a pretty water-tight case. After briefing the team Cavanaugh takes Tanner aside and tells him that he knows about his prison visit. Tanner understands Cavanaugh’s reservations, but this is the strongest lead they’ve had yet on Mia’s case – he need to know why Carlos was stabbed. And as always, Cavanaugh can’t help but come round to Tanner’s way of thinking – after all, it does seem only fair that Sophe’s relationship with SFPD works both ways. 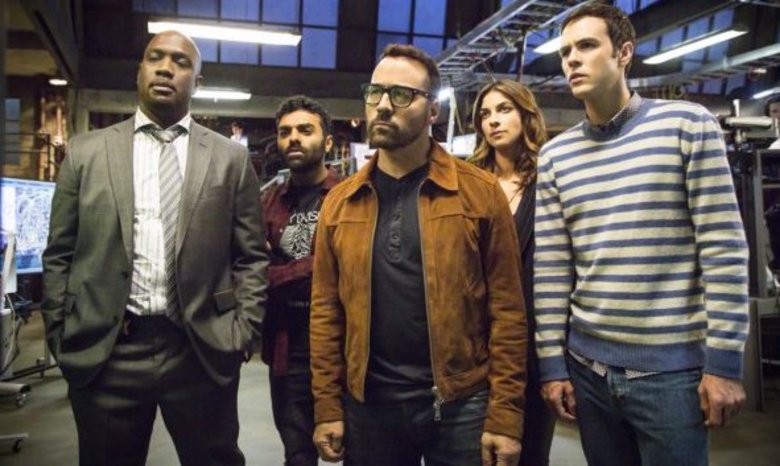 Cavanaugh interviews Julia at the police department. She denies having anything to do with Tami’s murder, claiming that her now deceased roommate was a crazy drug user who was sleeping with married men. Before Cavanaugh can press Julia any further, Ruiz interrupts the interview. She has seen the case on Sophe (where it is very much being framed as a campaign to prove Julia’s innocence). She tells Cavanaugh that he’s being played by Tanner, but then Cavanaugh points out that she was the one who got a promotion after Carlos Ochoa was convicted of Mia’s murder – he needs to know if his refusal to believe in Carlos’s guilt was worth it.

After Tanner bailed on his deposition, Sara finds herself in the hot seat. She reminisces about her early days at AllSourcer, where initially she and Tanner didn’t see eye-to-eye on her method for retaining the site’s users. But when he sees that Sara’s program is working he quickly comes round to her way of thinking (and gets himself a new employee – Josh, who was contributor to the program). During a break, Sara calls Tanner. He jokes that if she ends up loosing her visa they could just get married so she can stay in the country, but from Sara’s reaction you’d think he had suggested that she peel off all her skin and roll in salt – that’s definitely going to be one awkward conversation to look forward to later in the episode.

Meanwhile, Cavanaugh and Ruiz visit Julia and Tami’s apartment building – where the Manager and other residents tell them it wasn’t Tami who was the problem neighbor, it was Julia. Things aren’t looking good for Julia, until they get a call at The Hive from a woman who claims that Tami was having an affair with her married boss. Cavanaugh brings the boss, Rob Forsythe, in for questioning. He admits that he was having an affair with Tami, but claims that he had ended it before she was murdered – and that she didn’t take this news well. He also admits that he did see her on the night she died, but tells the detectives that he left the apartment around 8pm; meaning that he was long gone by the time of Tami’s death. These words have barely left Forsythe’s mouth when Ruiz interrupts the interview – he’s lying, she has security camera footage of his car parked at the apartment building over 2 hours after he claimed to have left.

At her deposition Sara tells Nell and the lawyers about the night one year earlier when Tanner called her to a meeting after Carlos’s guilty verdict; and told her that he wanted to create a program that would allow him to crowd source a murder investigation. Back at The Hive, Josh and Tariq report that users have been focused on Tami’s weight gain and sickness in the run-up to her death. If she was pregnant it would have shown up in her autopsy – but what did show up was HCG, a hormone present in pregnant women – and also available to buy online to fake a pregnancy test. Tami had managed to trick Forsythe into believing she was pregnant, but it didn’t make him want to get back together with her – instead he just thought she wanted the money for an abortion. Realizing that his situation is looking pretty bleak, Forsythe finally confesses why his car was still parked at the apartment at 10:45pm – he left it there so he could walk to his other girlfriend’s house. What a guy. With the only main suspect now able to provide an iron-tight alibi, the case is stalled – until a new evidence alert flashes up on Sophe. Two schoolgirls have found Julia’s parked motorcycle: with a bloody knife in the saddlebag. Tanner rushes to the scene, but then realizes he has no choice but to call Cavanaugh. 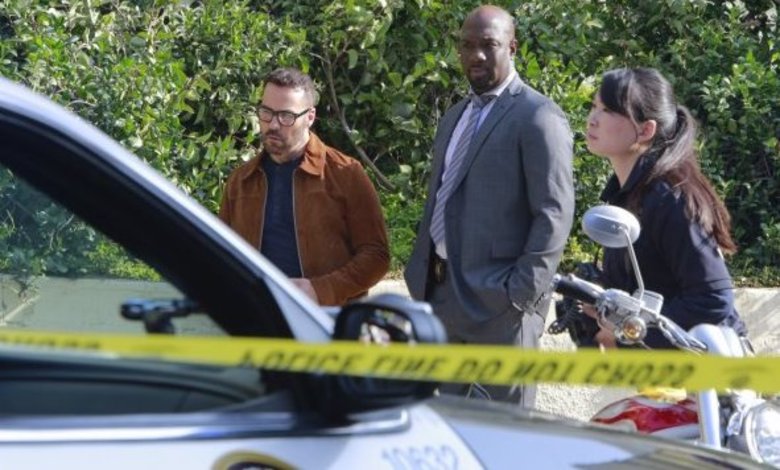 Ruiz and Cavanaugh bring pictures of the knife to Julia, who claims that it must have been planted. Then Tanner bursts into the interview and tells Julia that if she wants Sophe users to help her then she needs to tell the truth. Realizing that this may be her last chance to prove her innocence, Julia tells her story of the night of the murder. She came home high to find the door open and Tami’s body inside. She slipped on the bloody floor and noticed that the knife that had been used to kill Tami was still sticking out of her chest. When Julia was walked back through the apartment 9 minutes after calling 911 the knife was gone.

Sara’s deposition continues. She tells the story of how she and Tanner ran the first beta version of Sophe in the practically empty Hive 6 months earlier. The first test questions worked and to celebrate they drank whiskey that Sara had brought in her purse – and kissed. When Sara asks for a break Nell follows her out of the room. She tells Sara that she could help Tanner see reason and offers her the second in command person at AllSourcer for doing so. Sara refuses. Back on Julia’s case, Cavanaugh has a breakthrough when he spots the apartment Manager’s van parked across from Julia’s motorcycle. When Cavanaugh and Ruiz go to the Manager’s apartment they discover that he had been taking pictures of Tami through her window. When she found out she tried to call the police – and he killed her. Julia really was innocent all along.

As Sara returns to the deposition she gets a call from someone at Bay Area Celebs asking if she would like to make a comment – Nell had hired a PI to try and catch Sara breaking her restraining order, and had managed to get some intimate pictures of Sara and Tanner in the process; pictures that she has now had leaked online. Sara is furious, but when she and Tanner speak to the team at The Hive to confirm their relationship it doesn’t come as a surprise – after all, their offices are made of glass. Then they finally discuss that awkward marriage call from earlier in the episode. It isn’t that Sara doesn’t want to marry Tanner, she just doesn’t want to be Melinda Gates – a brilliant women who is only known as her husband’s wife. 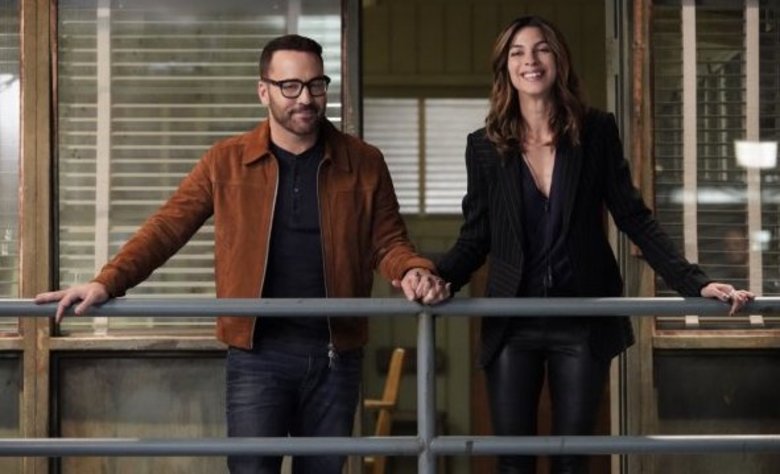 After Julia is released Tanner returns to the jail to collect. The prisoner reveals that $5,000 showed up at his mother’s house out of the blue, and then a few days later a suited and booted man showed up at the prison claiming to be his new lawyer; telling him that there was more money where the $5,000 came from, and instructing him to keep check on Carlos – and to act should he make any mention of Mia’s real killer. Cavanaugh checks the prison visitor logs, the fake lawyer used a fake driving license – but he didn’t manage to hide his face from the security cameras…

“Proof of Concept” has been my favorite episode of Wisdom of the Crowd so far; possibly because this was the first time this season that the case of the week was connected to Mia’s case – and it really worked. But it was also great to see the flashbacks of Sara and Tanner’s relationship. Sara has really come into her own over the past few episodes, and she has fast become my favorite character on the show. The revelation that the prisoner who stabbed Carlos was paid to do so should Carlos happen to mention ‘Mia’s real killer’ seems to be the first somewhat solid proof that Carlos was not responsible for Mia’s death – but if it really wasn’t him, then who was it? And why are they so determined to keep the truth hidden? Back over to you Sophe…