It’s been almost a year since the 2016 presidential election, and this week “Wisdom of the Crowd” taps into the current political climate of a still very divided nation. In the aftermath of a white nationalist rally which turned violent, Sara finds herself in lock-up. Bailed out by Cavanaugh, she is worried that if any charges of vandalism are brought against her it will jeopardize her Green Card application – but never fear, Tanner arrives with a video showing that Sara wasn’t responsible for any of the damage, she only stepped in to try and stop those who were. Before Sara and Tanner have the chance to leave the station, Ruiz calls for Cavanaugh – Brandt Davis, one of the country’s most prominent white nationalists, has been found shot dead.

Ruiz and Cavanaugh go to the scene, which is just 3 blocks from the site of the contentious rally, and it isn’t long before Davis’s distressed wife Lilianna and one of his fellow white nationalist buddies, Caleb Boorman show up. Then the Deputy Chief arrives. She wants Sophe’s help on the case, and instructs Cavanaughto formalize the relationship with Tanner; telling him that if Tanner agrees then she will allow Cavanaugh to help ‘unofficially’ on Mia’s case. When presented with this proposition Tanner tries to bargain: he wants Mia’s case files, and he wants Cavanaugh to follow any new leads which may be discovered thanks to Sophe. Cavanaugh agrees, and Tanner comes on board. When the team at The Hive find out they are going to help find the killer of Brandt Davis they are less than thrilled. But Tanner tries to make them see it as an opportunity; this is their chance to see how Sophe handles user bias – if they can’t figure out how to filter out the bias then Sophe simply isn’t fit for purpose. Then Alex shows up – the story of Mia’s stay at Grand Pines has gone viral. Alex blames Tanner; he opened Mia up to this kind of scrutiny by asking the world to help solve her murder. 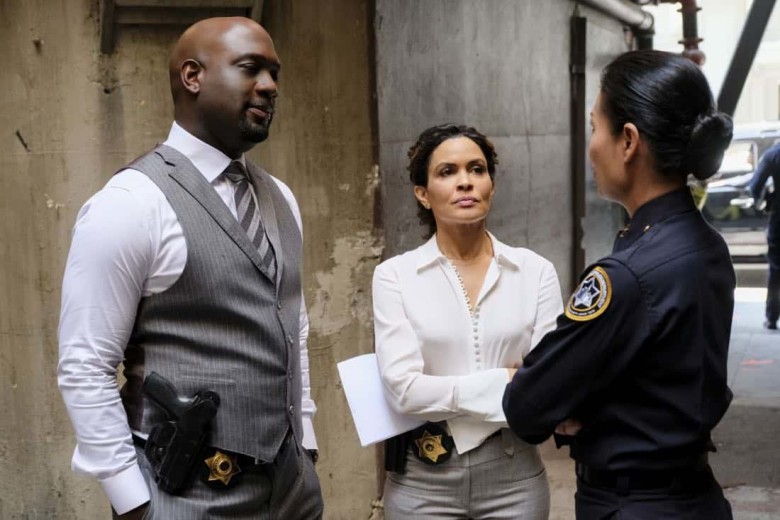 At the police department, Ruiz and Cavanaugh interview Lilianna Davis, who is accompanied by Caleb. Lilianna defends her husband, tells the detectives that he was a good man who was more than just his controversial beliefs. Sara, who is sitting in on the interview, clashes with Caleb – and then challenges him: if his networks can supply genuine information, then she will ensure that it’s posted on Sophe. At The Hive, Tanner meets with Mike and Tariq – 38 sites are now reporting on Mia’s stay at Grand Pines, and Tanner wants Tariq to figure out which one posted first. In her own attempt at damage control, Alex gives an interview about Mia; expressing her pride at her daughter’s decision to seek help for her mental illness. But Alex isn’t prepared when the Interviewer asks her about the new rumors: that Mia was killed by the Democrats because she knew too much.

Back at The Hive, the team discover footage of a man in an orange jacket bundling Davis away from the rally when a barrier breaks down, allowing white nationalists and protesters to clash. Then Sara realizes that the same footage that helped save her from vandalism charges may also show Mr. Orange Jacket – which it does. Given the rising political tensions in the city, the team are dubious about posting a picture which shows Mr. Orange Jacket’s face – but Cavanaugh convinces them to go ahead. Meanwhile, Tariq has discovered the original poster of the Mia rehab story – a site called Celebrity Reality Center. (“It’s like TMZ but with even less scruples.”) However, Tanner is then shocked when Sarah tells him that she’s worried about the changing user statistics on Sophe; while new users are up, existing users are deleting their accounts – and it’s not because of the Davis case, it’s because of Mia’s case and Tanner’s failure to reveal the truth about Mia’s stay in rehab himself. 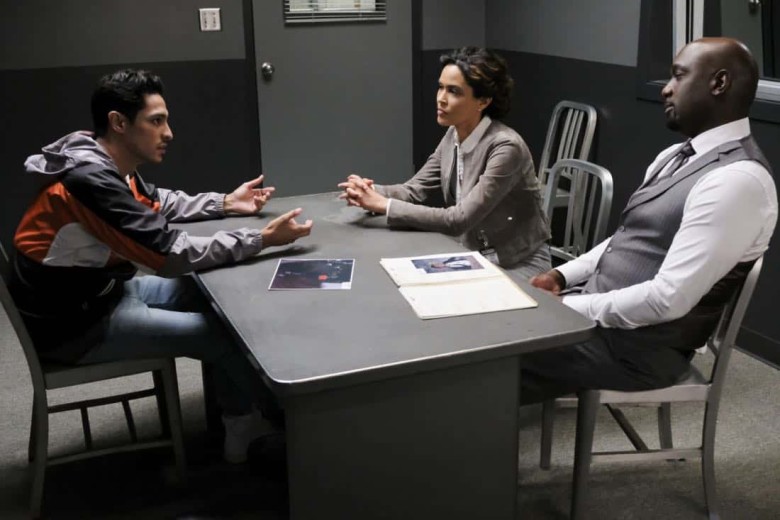 As San Francisco reaches boiling point, Mr. Orange Jacket hands himself in – which is a huge risk, as he’s undocumented. He admits to dragging Davis from the rally, but says that he did it because he didn’t want Davis to get hurt; he didn’t want to give him the chance of playing into his own narrative. He says that he managed to get Davis a few blocks away, where he then got into a SUV with North Dakota plates. Despite this, the Right Wing media has decided to run with the story that an undocumented immigrant killed Davis, and in retaliation Latinos are being attacked in the streets. This news is extremely troubling to Sara, who is worried that by putting Davis’s case on Sophe, they’re giving him the exact attention he always wanted. Then Tariq and Mike come to Tanner; they’ve found the original source of the Grand Pines story – a Reddit user who has been posting political stories for years. Tanner meets up with Alex and tells her that someone leaked the story to hurt her politically. Alex doesn’t take this news well, and they argue – until Tanner takes it too far when he accuses Alex of simply getting over Mia’s death.

Back at The Hive, Sara has a brainwave – maybe they’ve been looking at Davis’s case all wrong, maybe it wasn’t his politics that got him killed. At the station, Ruiz and Cavanaugh have tracked the SUV with the North Dakota plates, and are shocked to discover that the driver is Lilianna Davis, who claimed she couldn’t find her husband in the aftermath of the rally and protest. And then there’s another twist – the car is sighted again, 11 minutes later; and this time Lilianna is the only one inside. Meanwhile, pictures of Davis on vacation with another woman have been uploaded to Sophe, but users quickly realize these pictures aren’t all that they seem: Davis wasn’t on vacation, he was at a clinic in Mexico; and the other woman? A nurse. As the pieces of the puzzle come together, an autopsy report confirms that Davis had pancreatic cancer – and only had months to live. Angry at how Davis is being portrayed on Sophe, Neo-Nazis attack the site with a troll storm, including offensive memes of Mia. With no time to waste, Josh runs the bias software – and a real-time bias correction is successful.

When a video of Davis praising Gandhi, MLK and Malcolm X for etching themselves into history thanks to their assassinations, Tanner realizes exactly what happened to Davis, a man who was already dying: he set up his own assassination. Cavanaugh and Ruiz call Lilianna Davis back in. They tell her that they know her husband was dying, they know that she shot him – and they give her 2 options: is she a murderer, or is she a loving wife who wanted to spare her dying husband’s pain? They give Lilianna the chance to confess, but she won’t take it – instead she sticks to the narrative that her husband is a martyr who was gunned down by an illegal immigrant. 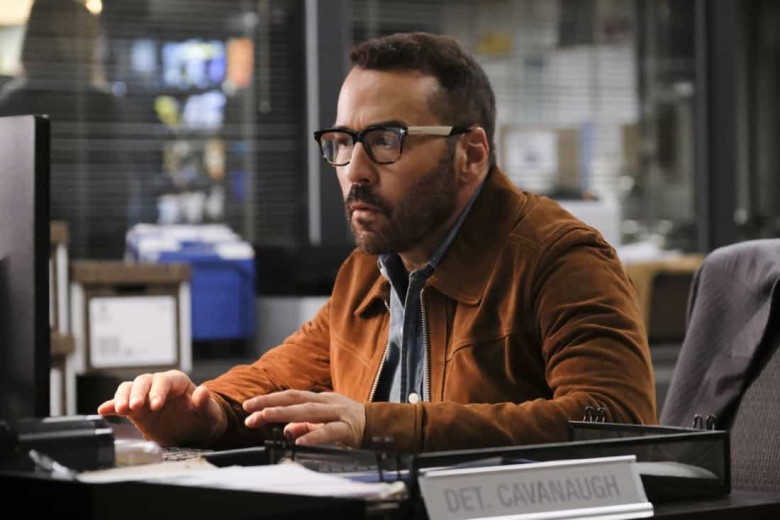 In his office, Tanner watches an alt-right news piece claiming that the official version of Davis’s murder is fake news. Then Cavanaugh shows up; to break the news of Carlos’s stabbing. (Remember poor Carlos, who we last saw bleeding out on the floor of his prison cell?) While he survived the stabbing, he is now in a coma. Tanner takes the news hard, and for a moment it seems as though his unbreakable belief in Sophe may be wavering… but of course he pulls it back. He records a video for Sophe’s users, apologizing for keeping information about Mia from them, and promising totally transparency moving forward. Then he gives Sara the go ahead to upload everything: even the police files, even the video…

I’ve got to give it to the WISDOM OF THE CROWD writers, they tackled a lot of divisive subjects in this week’s episode – white nationalists, neo-Nazis, fake news, immigration, political conspiracy theories – and they did a really decent job of it. While I thought that story was strong and current and well-handled this week, the story on the Mia case fell a little flat. The idea of using Mia as a political pawn is great, and Tanner’s determination to protect the daughter whose murder he put all over the internet is a really fascinating juxtaposition – however, would the fact that a young woman sought treatment for clinical depression really become an online scandal? I don’t know if it would.

That being said, we stick to our tried and tested formula and find ourselves left with yet another cliffhanger about Mia’s case at the end of this week’s episode: what video? What police files? What exactly has Tanner been hiding? The more we know about Mia, the more invested we’re going to be in finding out what really happened to her – so if Tanner wants to tell us everything, then I’m definitely all ears.