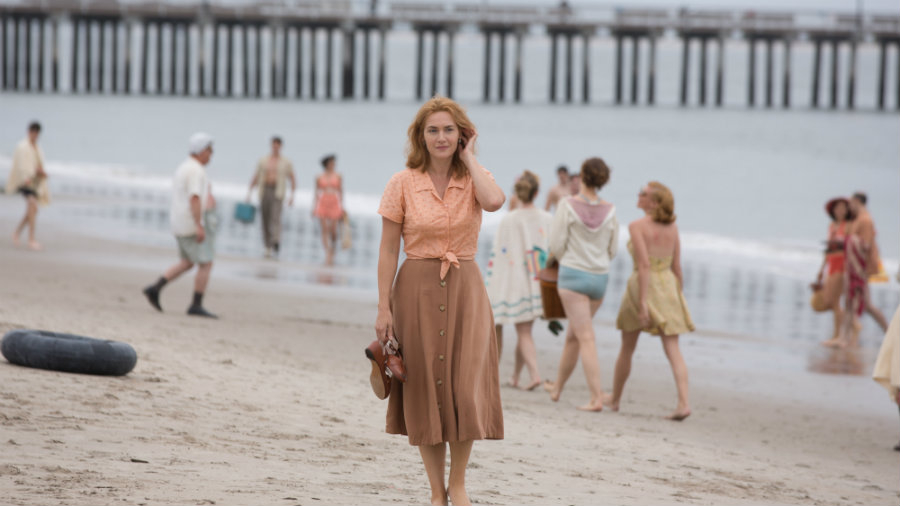 Two questions swirled through my mind as I watched Woody Allen’s latest movie Wonder Wheel: #1) Why do critics hold Woody Allen to such a high standard as a filmmaker when he’s frequently let us down in recent years? #2) Why hasn’t Woody Allen written and directed more stageplays in recent years? If nothing else, it’s clear that his latest film, set in 1950s Coney Island, would have slayed at the Tonys if it played Broadway, but as a film? It’s just okay.

Kate Winslet plays Ginny, waitress at a clam house on the Boardwalk who is unhappily married to James Belushi’s Humpty while having an affair with lifeguard and wannabe playwright Mickey Rubin (Justin Timberlake). When Humpty’s estranged daughter from a previous marriage Carolina (Juno Temple) shows up, on the run from her mobster husband, Humpty takes her in, and Ginny isn’t happy. Oh, and Ginny’s son Richie (Jack Gore) from her own previous marriage is a bit of a pyromaniac.

That might seem like a lot to absorb in terms of characters, but it’s actually one of Allen’s simpler plots about the relationship between four people. At the same time, it explores some of the themes Allen has frequently explored in the past, so it’s not particularly groundbreaking. 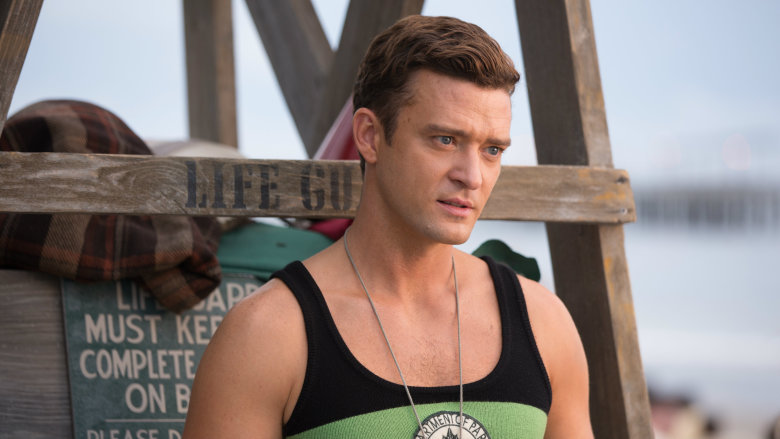 That’s not to say that Wonder Wheel is typical Woody Allen, because at this point, is there even such a thing? Having directed roughly 45 movies in 50 years, Allen knows how to do what he wants to do with the littlest muss or fuss, so these days, most of his movies tend to succeed or fail based on the cast he assembles.

At first, Timberlake’s Rubin acts as narrator, talking directly to the viewer from his lifeguard’s chair to set things up, but by the second half, he’s just another character in the mixed-up plot, trying to make sense of his feelings first for Ginny then for Carolina. We get to watch the early stages of both relationships, as he connects with Ginny, a former theater actor, through their love of plays and theaters, which is the polar opposite of Humpty, who is generally oblivious to everything happening. Ginny already doesn’t like Carolina but when she sees Mickey’s eye wandering to a younger rival, she has to convince Humpty that his daughter has to go.

What really makes Wonder Wheel stand out is Kate Winslet’s presence as an actor who seems to be able to make more out of whatever character or dialogue she’s presented. It’s obvious that whenever Allen wants the focus of his latest film to be a female character, he will give the actress playing said character the type of brilliant monologues that will put them through their paces.

That was the case with Cate Blanchett’s character in Blue Jasmine, and that’s equally the case with Ginny, who feels she’s lost her way in life by giving up on her acting dreams to be a clam house waitress. Winslet gives two amazing speeches to Mickey, one early in their relationship and one towards the end that leaves you wondering why other actors even bother. 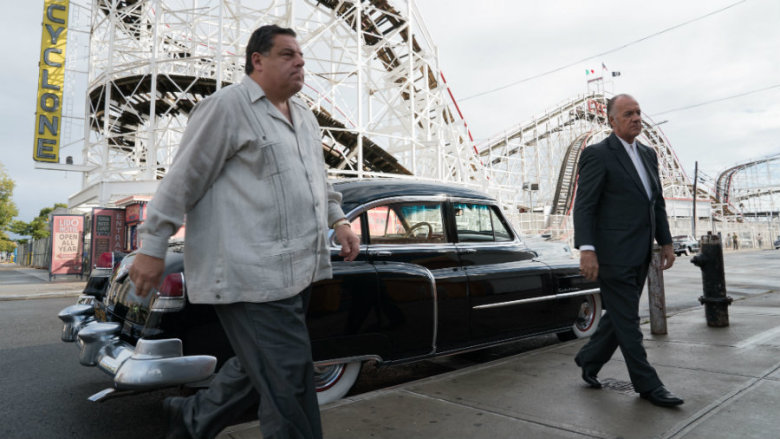 Belushi does a surprisingly good job with a role that might have been a home run if played by the late James Gandolfini. When Carolina’s mobster husband sends his goons to bring her back, they’re both played by former Sopranos stars, so it might have been odd to see a show reunion. (But maybe the casting shows some insight into the influence that show has had on Allen’s work.) Timberlake and Juno Temple are both decent casting decisions, but it doesn’t seem like they’re offering anything special compared to Winslet and Belushi.

Wonder Wheel has more than its share of funny moments, but it’s definitely not a comedy, as it deals with serious subjects like marriage and jealousy, aging and failed ambitions. When Ginny hits her 40th birthday, Carolina calls it a milestone, to which Ginny retorts, “More like a tombstone,” making it more obvious this is still a Woody Allen movie.

It’s hard to talk about the movie and not mention the setting, which brings as much to the feel of the movie as it does the look, especially when it comes to Ginny and Humpty’s house overlooking Coney Island with all its glass windows. So much of the film takes place in the kitchen and dining area of this location, and it very much looks like a set you might see on a stage, which further cements the fact that Wonder Wheel could easily have been a play.

The overall lighting used by Allen’s DP Vittorio Storaro – a three-time Oscar winner, no less – is a little disconcerting, as he deliberately lights things artificially in a way that doesn’t look real in context of the film’s Coney Island setting. Even outdoor scenes seem to have changing lighting as to make it seem like the sun is setting, but it all looks fake and it furthers the film’s look as something being done on stage. 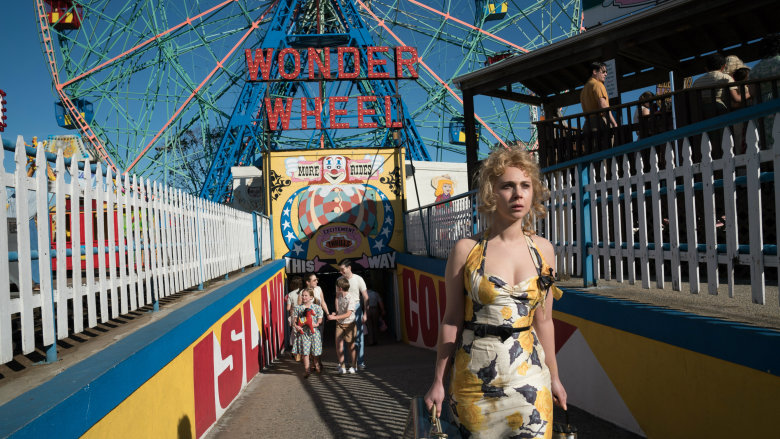 On top of that, the movie looks and even feels very digital where warmer film stock could have helped bring out the magic inherent with the film’s period setting. (Note: I do not know enough about the production to know if Storaro actually shot on film or digitally, so maybe it was just the digital projection, but the movie looked odd.)

Because Winslet’s performance is so well finessed, the sloppy way Allen allows this story to play out is ultimately the biggest disappointment one might have with Wonder Wheel.

Because of that, Wonder Wheel is neither Allen’s best movie nor his worst, although it’s probably a stronger than his last few, mainly due to Winslet’s fabulousness. But it’s also blatantly obvious how much better this would have worked as a Broadway play.

Wonder Wheel was the Closing Night Gala at the 52nd New York Film Festival and will be released in select cities on Dec. 1.