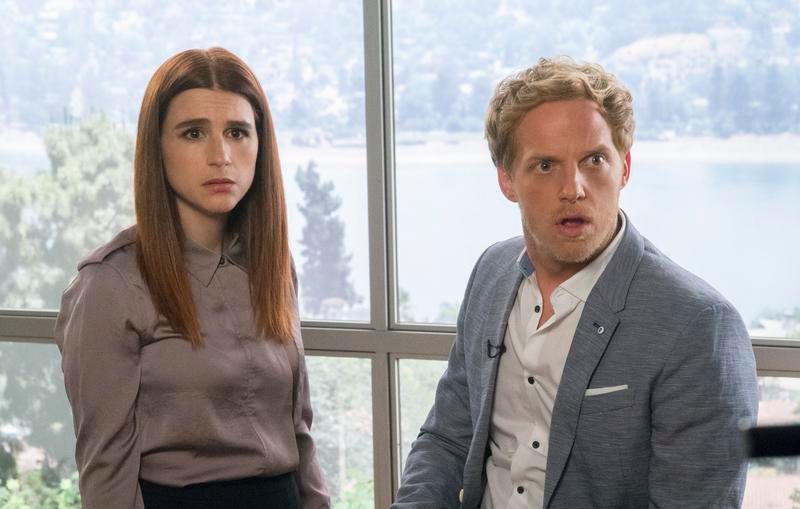 All my fellow lovers of horror and thrillers got to geek out during this week’s episode of You’re the Worst, “Fog of War.”

As Gretchen continues her spiral downwards, she makes it painfully obvious that she’s going to make her presence at Jimmy’s house as unbearable as possible. Personally, I would just slash his tires and call it a day but to each his own.  Meanwhile, Jimmy’s marketing team has arranged a People Magazine interview to be had at his place (as a surprise to Jimmy) – which would require Gretchen to stay hidden from view. Gretchen can either chose to stay hidden or ruin one of the biggest interviews of Jimmy’s career – it’s clear she has the upperhand in this war. 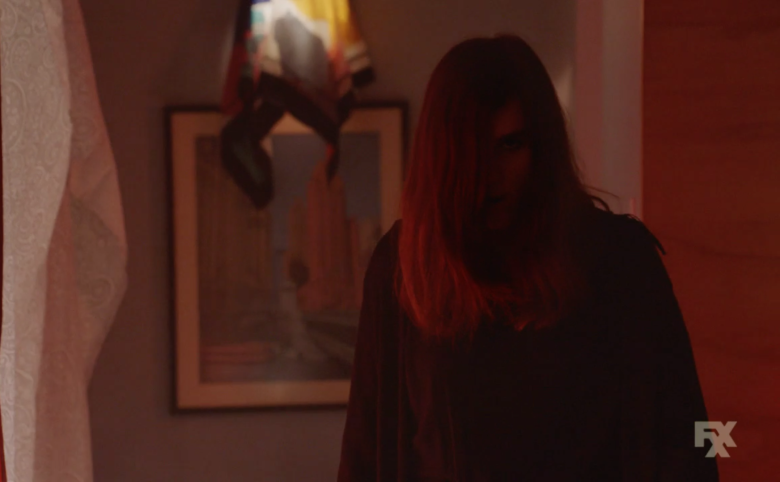 Jimmy tries to keep it cool while his marketing team sets up for his interview, only to find Gretchen has thrown his mattress out of his window. He blackmails her, threatening to reveal that she’s not in Europe like she  told her clients. Gretchen succumbs, and says that they won’t ruin professional stuff for each other. Jimmy’s marketing agent makes him promise that Gretchen won’t sabotage the relationship she’s made with People. But also, do people still read People?

Edgar shows up to Lindsay’s house (who’s been focused on work), to recruit her help on the Gretchen situation. Lindsay calls Gretchen to try and get her out of the house, but that… backfires. Gretchen not only admits that she’s been living with Jimmy, she pretends not to remember living at Lindsay’s house, using some sort of reverse-psychology to convince Lindsay that she’s always lived at Jimmy’s house.

Meanwhile, during the interview, Gretchen’s Sam and Sh**stain storm into Jimmy’s house. Turns out, Jimmy accidentally sent them the blackmail text letting them know that Gretchen was never in Europe. They confront her for being MIA and not being around when they needed her in a crisis. Right before they fire her, Gretchen tells them everything that happened with Jimmy (but did she tell him the whole truth? We don’t know). Either way, S&S reemerge during the interview and call Jimmy a bad person, leaving him with “you’re dead.” 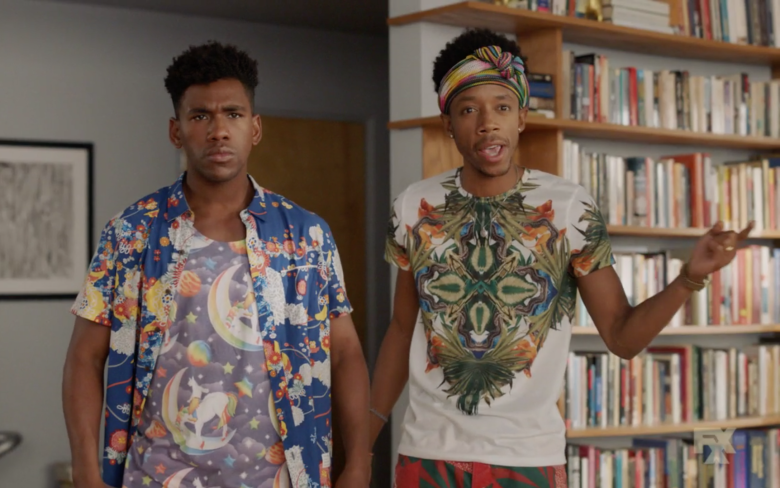 With the truce off, Gretchen infiltrates the interview, pretending to be Jimmy’s fiancée. She confronts Jimmy about what happened between them, and tells him that technically they’re still engaged. This is so obvious a sick play of war. She wins Jimmy’s confidence, who thinks that she’s helping him – he even goes on to say it would help him to go out into the world as an engaged writer. We think it’s all worked out, and that they’ll continue the interview as an engaged couple, but then Boone shows up to have sex with Gretchen in front of the People people. She leaves the interview, having won the war.

Edgar and Lindsay, sick of both of their foolishness, try and get Jimmy back together with Gretchen by singing him a cute little melody about wanting the gang to mend everything. Unfortunately, Jimmy points to Gretchen, who’s downstairs having loud sex with Boone. Yikes. 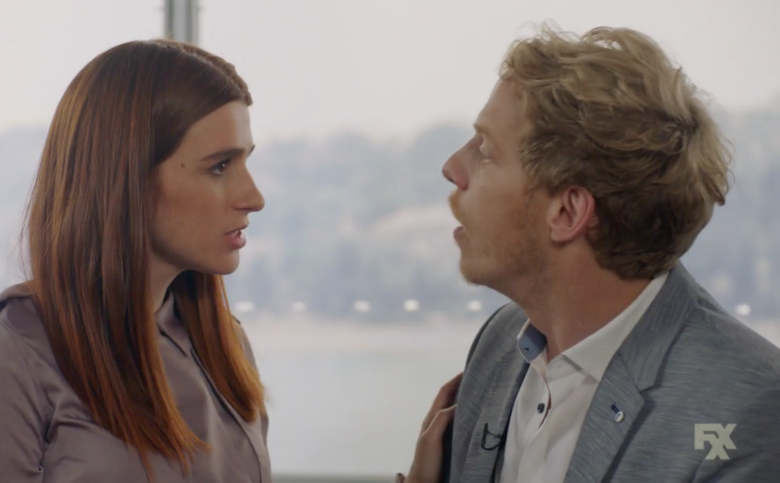 So I love the horror film aspect of this episode. The war montage alluded to The Ring, Alfred Hitchcock films, and every psychological thriller known to man. I wasn’t quite sure what to expect out of seeing Gretchen return back to Jimmy’s, but man I’m glad that we got to watch her play a sick game of chess for twenty-four minutes.I knew that Gretchen wasn’t going to just let Jimmy go about his life without feeling her wrath, but her “mushroom cloud” ending was so good and satisfying. Also, let’s not forget that in a way, her actions are semi-justifiable (well in this world). Personally, if I have to watch two hot messes destroy each other’s lives, I’d prefer to watch it with storytelling as unique as this episode’s.

I have to shout out to the big twist of this episode, which was the reveal that Jimmy had accidentally texted Gretchen’s clients Sam and Sh**stain. I thought that re-initiating the war by mistake was kind of a great way to not only make Jimmy slightly sympathetic but also completely justify the comeuppance that Gretchen got when she ruined his People magazine interview.

I also have to shout out Edgar’s sad group texts. No one ever responds to him – which is the reason why I’ve never initiated a group text in my life.

The war is on man, and now that everything is completely off the table and there are no safe zones in this war, the universe only knows if either one of these two will come out alive.