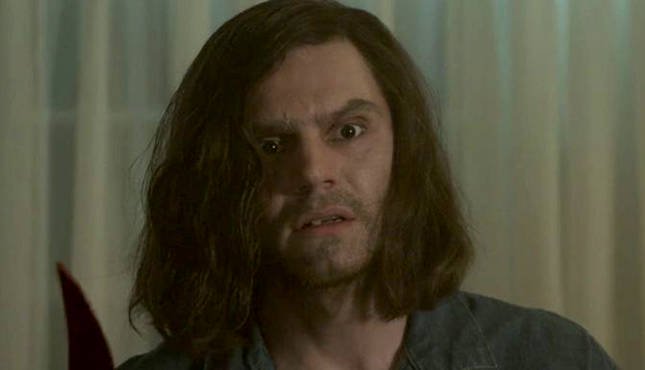 I just… don’t get this show, man. This week on American Horror Story: Cult, we find out the very beginning of Kai’s dubious rise to power. During the last 2016 debate, Kai watches, typing on his computer, as Winter and her Vassar friends talk shit about Trump. He finally interjects, and gets into a fight with one of Winter’s friends. It escalates, and Kai hits her. Hard. She threatens to press charges, and clearly does, because next we see Kai he’s in an anger management class with a shrink. But — plot twist that has literally no impact because this show is built on empty shock value — his shrink is Bebe. She indoctrinates him, more or less, into SCUM, and tells him that he should go into politics because he’s got “untapped charisma” and is “smarter” than other horrible violent misogynists. Bebe’s intent is that Kai, like Donald Trump, will enrage women so much that they’ll have no choice but to rise up and cut down the men around them.

It’s a stupid plan. Period. It’s not even a plan. It’s just hoping. And as it appears to be Kai’s first session, there’s literally no reason for Bebe to think Kai is smarter or more charismatic than any other troll, at least not that we can see. This backstory feels insufficient and shoe-horned in, and again, since every plot aspect of this show is meant to shock and surprise rather than hold any genuine meaning or moment, nothing surprises me with it. I watched this meeting, which in theory turns all of this on its head because it means, supposedly, that Kai is doing all of this hateful stuff to the women around him for their ultimate betterment, and felt pretty sure that by the end of this episode we were going to find out that was never true. Because Kai can’t ever be outdone or outmaneuvered. Every new layer we’re presented is something he was already implausibly aware of. Oh my god, it is so boring.

Actually, while I’m on it, may as well say it now: it’s exactly what happens. Bebe comes to berate Kai, and Kai reveals to her that he does genuinely hate women and is doing all of this for himself, not for Bebe and her agenda. It’s quite unclear as to why he pretended to be on Bebe’s side at all. Really, a lot of the “plot” and “twists” in this show don’t actually make sense when you line them up end to end unless you imagine that everybody on this show is aware that they’re on a show intended to scare or shock viewers. Like, why would Kai agree to this agenda based on one speech by a woman he doesn’t know, with almost no power? So that she can later rally the female members of his cult together… so that she can betray them to Kai… so that they can… what? Laugh about it together?

At any rate, Bebe pulls a gun on Kai, but before she can act, Ally comes out of nowhere and shoots her dead. This affirms to Kai that Ally is somebody to be trusted. 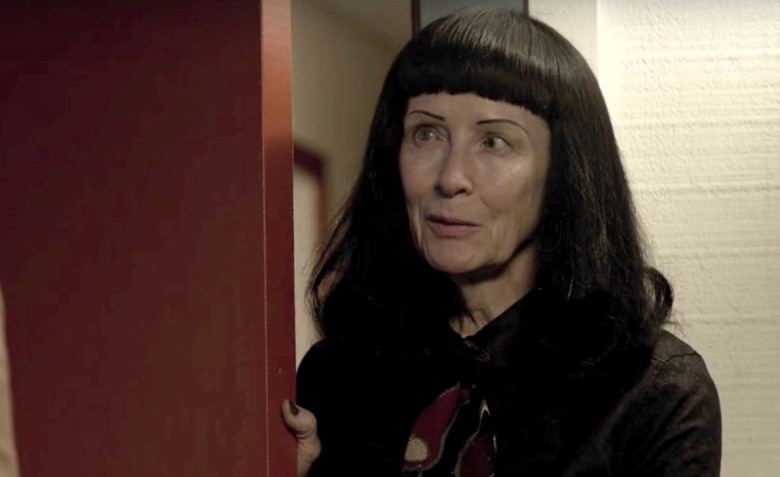 Overall, Kai in the present day is losing his mind a bit. He’s starting to hallucinate, at first Vincent, and then Charlie Mason, advising him. He’s also starting to think that his house has been bugged by the feds, and tears it up looking for the bug. Ally is ever present now, calm and cool and collected, and seemingly manipulating and eliminating the people around her to reach her somewhat mysterious end goal (presumably, though — to kill Kai.) But if Ally only succeeds because Kai is losing his mind, it’s not going to be satisfying at all.

For violence this week, we get to watch Charlie Manson and company — in one of the cult stories Kai presents to his followers — carry out the Tate murders. We also get to the end of Gary’s line. He leads some fellow followers to the local Planned Parenthood to find the list of women who want late-term abortions to make a political statement, but in the end he realizes that he’s a sacrifice. Kai and the others disembowel him and leave him at the front door of Planned Parenthood for a worker to find later. Got to make room for excessive gore, y’know, because otherwise there might have to be some actually compelling plot, or we might notice that the character development is nonsense.

Kai then uses Beverly to interview him on the air about how it’s the fault of liberals that Gary’s dead. He makes some nonsense pro-life argument that’s actually pretty realistic, to be honest — I listened to it and got really frustrated, but it was so illogical that picking it apart just made me more annoyed and unable to pick at it much more. I’ll mark that as the best part of the episode. Did I mention I don’t get this show? 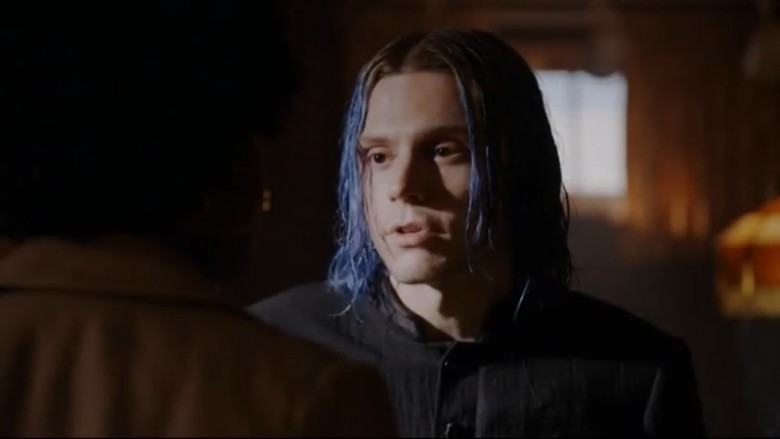 Now that Beverly’s been released, she’s become a true believer, if not only out of self-preservation. Winter offers her a ticket to Montana, where she’ll be safe and hidden, as penance for framing Beverly for the murder in the first place. Beverly thinks it’s a test of her loyalty, and refuses. She also reports Winter’s actions back to Kai. Meanwhile, Ally’s been planting fake bugs to make it look like Winter’s the mole Kai’s imagining. Everything combined causes Kai to murder the last member of his family — this time it’s close and personal and he strangles her, face to face.

Here’s the thing. I know Kai’s character is a misogynist. I know that his whole crew is a sort of pseudo-alt right, with the whole white boys in Nazi haircuts thing. I know this is intentional. What I’m having trouble parsing is the delineation between “we’re presenting this viewpoint because it’s real and dangerous and needs deconstructing” and “we’re presenting this viewpoint to titillate viewers but still advancing its agenda.” Because a lot of this show makes me uncomfortable, and the scene of Winter getting strangled in that long, painful, visceral scene contrasting starkly with the fact that we don’t actually see the violence happen to Gary, we only see the after, bothers me. I don’t think AHS is as self-aware as it thinks it is. Watching Kai rise up as the divine ruler, unable to be outwitted by any of the women he snuffs out one by one, watching these women’s deaths in slow, graphic detail, and seeing that Ally may really only come out on top once Kai’s off his game is just… not something I want. I don’t know. I’m sure you could present this show and its happenings to me in a way that would make me feel like it’s not using its misogyny to mask its misogyny. But that’s just the feeling I get, week after week.

The episode ends on Ally getting into the car with Speedwagon, one of Kai’s acolytes, right as Speedwagon is removing and smashing his wire. So there was, after all, a mole — and now Ally knows who it is, which is something she can hopefully use to her advantage. Mostly, I’m just eager for this season to end.