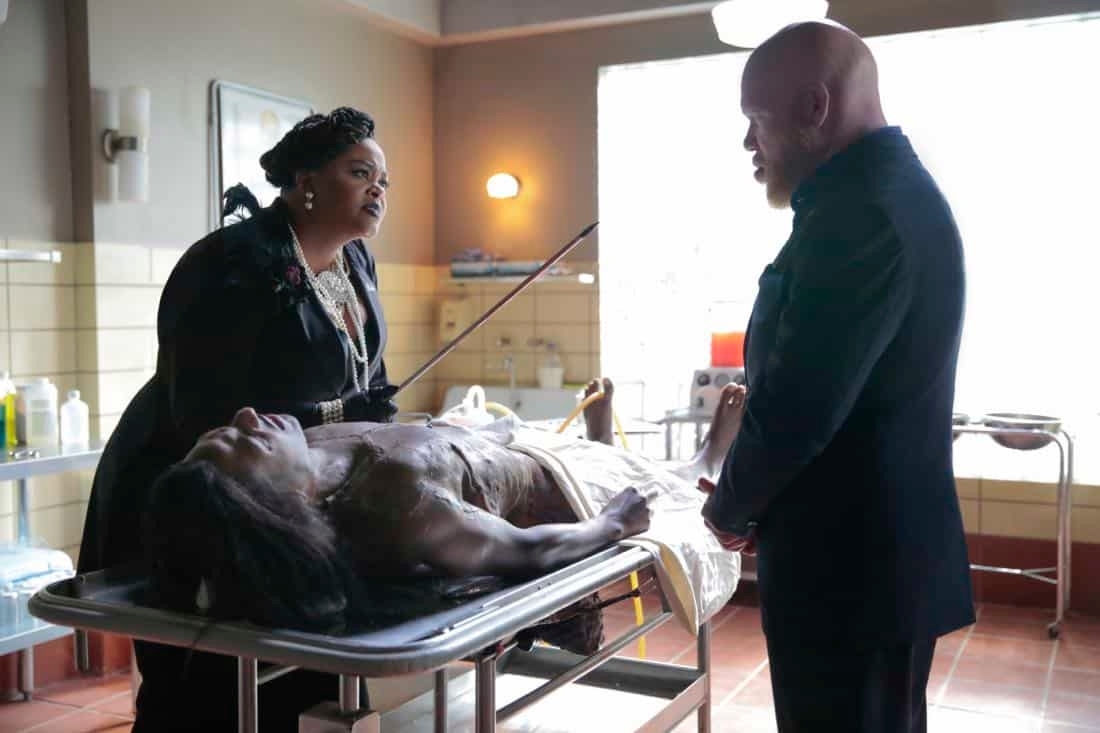 Black Lightning gets off the ground fast on this week’s “Black Jesus.” Garfield High student Bernard scurries around the halls and in a bathroom acting crazy. When Jefferson goes to confront him, Bernard rips a stall from the ground. Whoa. Jefferson quickly subdues the poor kid with his powers and soon discovers that a new drug, “green light,” has made its way to his school.

Meanwhile, we also follow Khalil this week in the wake of him getting shot at the 100 Gang protest. He’s in the hospital and it’s looking bleak. He may never walk again. Jefferson initially keeps his distance from Khalil and encourages Jennifer to do the same after he discovers that she’s been visiting the hospital a lot perhaps at the expense of her other committments at school. At home, Lynn takes the good cop approach when Jennifer says she wants to quit the track team altogether. Jefferson is furious. 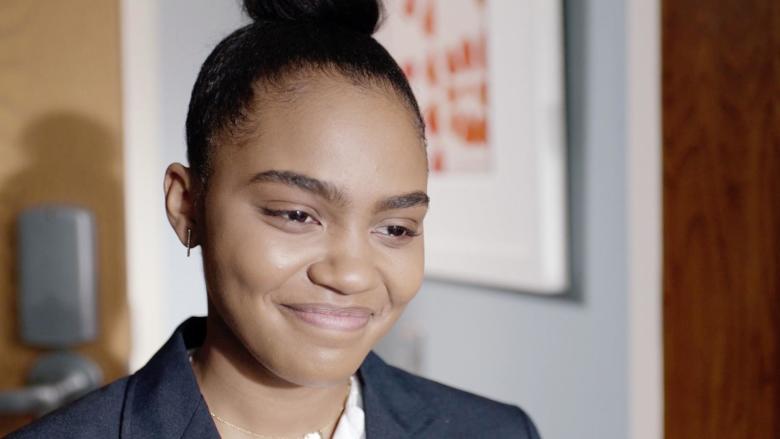 This week is probably the best the show has been as far as giving both Jefferson and Black Lightning balanced airtime. The community leader and supercharged hero both get ample time here in a way that smartly illustrates the debate raging inside. How can this man best save his students, his family, and his city? For instance, he first tries going to an old acquaintence Two Bits in a seedy part of town as Jefferson Pierce. The two dap it up and Two Bits teases Jefferson about leaving his “bougie” enclave. But when Jefferson tries to stamp out Two Bits drug dealing ways and fails, he returns as Black Lightning and tries a more forceful approach.

The moments with Two Bits probably are the funniest of the night, especially when the guy asks to take a selfie with Black Lightning before he gets beaten up. It was just a fun moment that adds to the mystique of Black Lightning. I should also mention the music this week continued to be great, focusing more on rapper GodHolly’s original music as opposed to the old school tracks that have often popped up. It almost feels like the Black Lightning Theme is remixed every week, with seemingly new lyrics and sounds each week. As we’re finding more about the hero, we’re discovering more layers to his anthem. 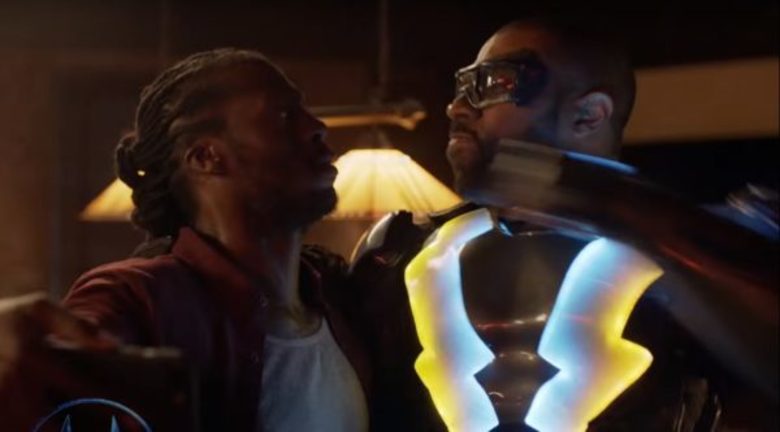 Tobias is the most compelling he’s been so far as well. He pays Lady Eve a visit in her funeral parlor where she’s disturbingly embalming a guy who might be dead but who knows for sure. Lady Eve is pissed because she was assured that Black Lightning was killed nearly a decade ago by Tobias and, well, he’s not. Tobias is deferential to Lady Eve, which again I have mixed feelings about so early in our introduction to this major antagonist, but away from her purview he goes back to being his usual brutal self.

But much more intriguing than his violence — this time, he beats up a medical examiner who declared Black Lighning dead — is his craftiness. Realizing that Khalil’s death has ignited the city behind Black Lightning and against the 100 Gang, he begins a campaign to win hearts and minds. A bedstricken Khalil receives all kinds of gifts from an anonymous friend. Tobias eventually reveals himself as the (not so) benefactor, sneaking into Khalil’s room at night and telling him that Black Lightning, in fact, is responsible for his horrible situation.

Anissa, meanwhile, continues to come into her own with her powers. Seemingly single, she hangs out again with that bartender Grace, when the two are confronted by some homophobic men in an alley. When Grace is pushed to the ground, Anissa activates her powers and saves the day. And Anissa uses her powers another time to save herself, but then calls an ambulance for the men she beat up. Anissa is not only discovering her power, but also the costs of it.

Peter Gambi still remains pretty mysterious. Apart from spearheading some X-ray vision type ability for Black Lightning, it also appears that he’s working behind the scenes, hopefully with Black Lightning’s best interests at heart. But all that remains to be seen.  Until next week!