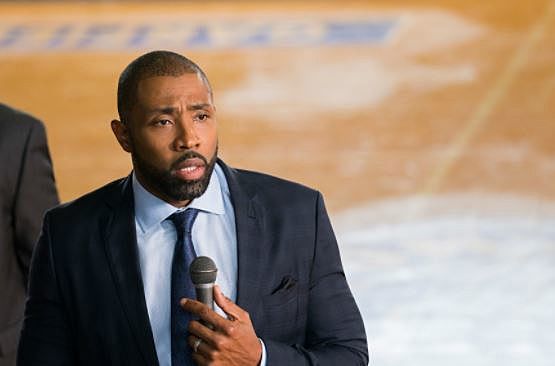 With a sample size of two, it’s safe to say that Black Lightning has the best soundtrack of any CW show, and probably one of the best in all of television. Nevermind Shazam mobile. I bust out the desktop verson of Shazam and leave it active for the whole hour as it vacuums up the names of songs past and present. There’s the old school: Al Green, Latimore and others appear this week. As well, there’s original new music by an artist named GodHolly, who’s responsible for the Black Lightning theme as well as a new joint this week called “Welcome to Freeland,” which evokes the smooth midwest and southern anthems from the 90s and early 2000s. Most of these songs were far from billboard toppers, but they represented a specific time and place.

The mix of old school and new school speaks to the fact that without the funk, Jazz, R&B, and soul of old, there’d be no hip hop today. But more than just repurposing old school samples for new times, at its best, the hip hop generation has always been in dialogue with our ancestors. Godholly, for instance, asserts, “Just tryin’ to beat the man up like Joe Lewis.”

But enough with my music digressions. How was this week’s episode, “Lawanda: The Book of Hope”, and does the show build on the promsing, if not flawed, pilot?

In a word: Yes! This second installment is way better, largely due to the fact that there’s a lot more space for the story to breathe. The Pierce daughters, still reeling from being kidnapped by the 100 Gang, try to deal with the aftermath. Anissa turns to her girlfriend and the two comfort each other. Jennifer’s return to Earth isn’t as smooth. It doesn’t help that a neighborhood kid freaks her out with a toy gun, which triggers a flashback. She turns to drinking, even at school, and is flirty with her crush. Rather than take advantage, the guy is upset and worried for Jennifer and becomes a shoulder for her to cry on. 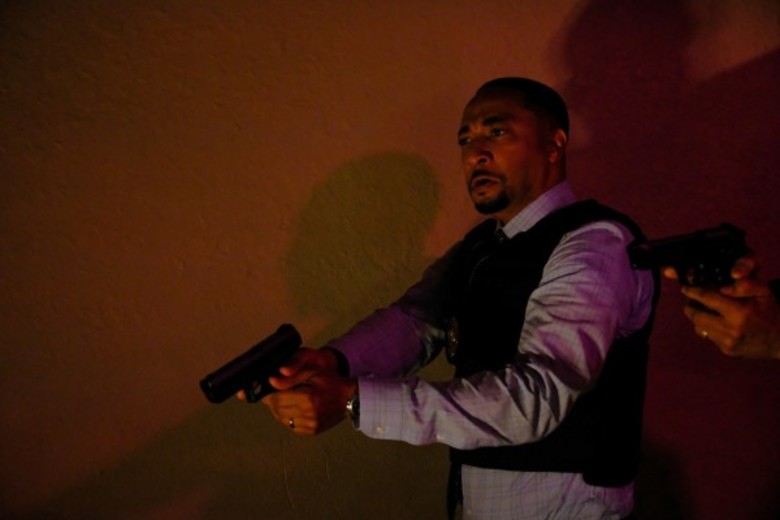 Oh, and there’s also a pretty meaty A story where Jefferson is pulled in a number of different directions. OK, he reprised the Black Lightning suit to save his daughters.  But was that a one-off, or is he ready to take up arms to save the whole city? As Jefferson Pierce, Freeland’s citizens are quick to give him reasons to become a crusader again. At an assembly where Jefferson speaks, an outspoken mother named LaWanda is particularly concerned about her own daughter, who’s been swept up by the 100 Gang. “Why did Black Lightning only save your daughters?” she even asks.

On the other hand, there’s Lynn, who was kind of okay with Jefferson donning his suit to save their daughters but now wants him to go back to the suit he wears as principal. There’s really a debate that goes on for Jefferson here. In the meantime, Lynn goes to that older white tailor, who still seems a bit too mysterious for my liking. We do know that Lynn knows the guy, too, so they all have history. As well, they both reveal that they have different conclusions about how Black Lightning affects the man underneath the suit. Lynn calls it an addiction. Tailor dude (his name his Peter Gambi by the way), meanwhile, claims Jefferson was just addicted to Lynn. Shots fired! 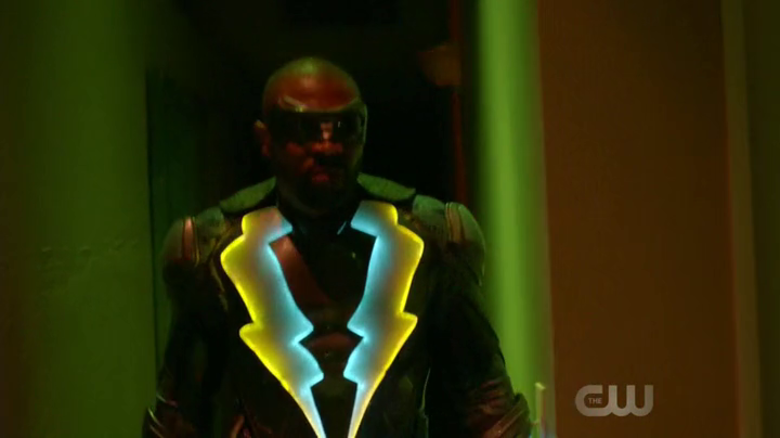 When LaWanda bravely confronts 100 Gang crony, Lala, and is shot dead on the spot, Jefferson immediately springs to action. There’s no more debate to be had and Jefferson largely feels responsible for LaWanda’s death. Oh, and Lala is later choked to death by Tobias Whale in a prison cell. So much for him being a weeky character.

So far Black Lightning’s powers have only been shown in spurts, adding to the satisfaction of the payoff. This week, his butt-kicking is paced by some soul as Freeland’s populace cooly cheers him on. It’s Blaxploitation for the new millenium and I’ve ever seen anything quite like it. Anissa’s hero arc also has some new developments. While shopping, someone holds up the store she’s in. When the robber demands that she lay on the ground, instead she hurls the man to the ground and then goes about her business.