It’s Mac vs. Murdoch in this week’s episode of MACGYVER, “X-Ray + Penny.” In a surprising leap of improvement for the show, the episode revisits our old foe and has Mac trying to stay one step ahead of him as the show opens up the season for a continuation of the Murdoch saga.

While the episode itself was good – the action was well-paced, we saw Mac doing his Mac thing, (but not in a way that felt like it was drenching the episode) and the episode managed to get in a little bit of relationship development between the characters – the Murdoch storyline, in combination with the beginning of the episode, in which Mac is yet again trying to follow leads to find his father, and the reveal that Samantha Cage might not be who we think she is, makes the show feel like it’s stretched in multiple directions.

I mean, if you’re not convinced, that entire paragraph is just one sentence long. 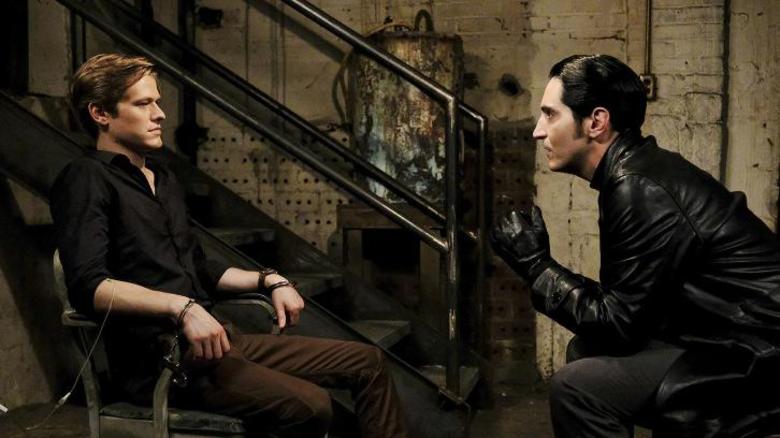 Let me elaborate for a second, though; MacGyver has a built-in story engine. Mac is a secret agent who gets out of tight corners with creative inventions. That’s the whole show. It’s fun, it’s fascinating, and it can easily take up multiple seasons (obviously, seeing as classic MacGyver went on for years.) Now, naturally, every TV show has a seasonal arc. One for each of its characters and one for the overall show. For MacGyver, the seasonal arc for the show seems to be Murdoch, and Mac’s personal arc is dealing with trying to find his father.

However, when you add in the mystery behind Samantha’s real identity (*coughcough* we’ve been here before *coughcough*) and the betrayal Mac will inevitably feel, especially if the show does what I’m pretty sure it’s aiming to do, and that is make Samantha a love interest for Mac, I think the show starts to spread itself thin. As we know from last season, this show doesn’t seem to do well with through lines, case in point being whatever the heck happened to Nikki, and the fact that Patricia Thornton just up and became the big bad that we never heard from directly again. 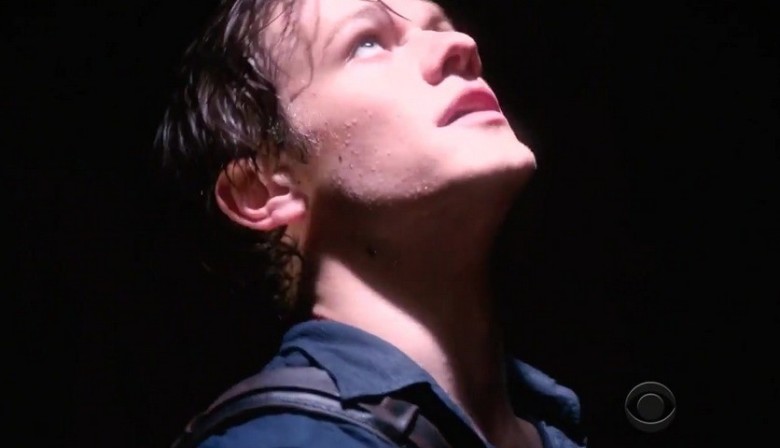 I realize that the formatting for the show has to take on a little bit of a different structure because Mac isn’t working alone in this reboot, but I really think the show would benefit from a clearer focus on developing missions out of motivations. What I mean by that, is that right now, the show has a tendency to just make random missions pop up, and while we’re on those random missions, other interesting, non-mission-related details about the characters and further season arcs somehow pop up. I think the show could greatly benefit from reversing that; having character details pop up that then motivate the team to go on a related mission. This would keep a strong focus on the development of each of our characters – which this season has been doing a much better job of – while giving us strong through-lines for these arcs the show is trying to set-up. That way, rather than feeling like these things are just popping up randomly, we can actually see these characters working towards these goals or uncovering these discoveries, and spend more time focusing on the drama and conflict that some of these details will stir up. 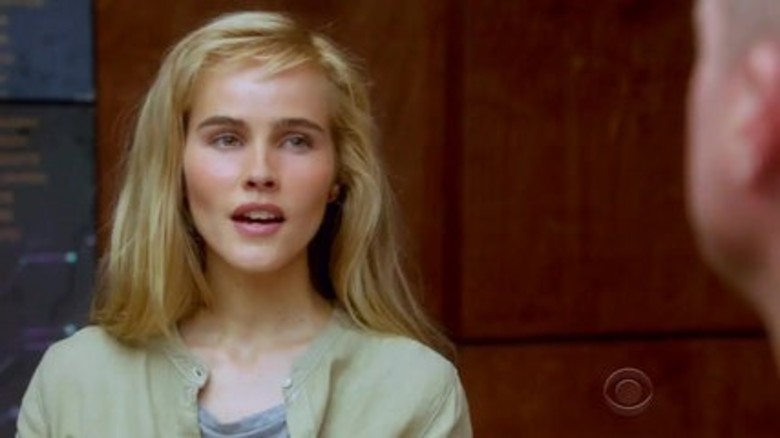 Okay, and now it’s time for some Dad thoughts:

Yeah, the episode was good. That scene where Samantha tries to call out Murdoch’s bluff and it turns out he does have her in his line of sight, that one made me jump a little. I’m a little bit confused why Murdoch didn’t re-kidnap Mac at the end, but I suppose maybe he had his hands full with that teacher criminal. Do you think it was a setup the whole time? That Murdoch intended for Mac to get free and locate the hiding place and find the burned photo and the hitman Murdoch was looking for? That’s a pretty elaborate plan. I don’t know how Mac’s going to outsmart that in the future if that’s the case. Oh and that end part was wild, with Murdoch shooting a missile at the armored car and it flipping over? Crazy!

And that’s it for Dad thoughts this week. At least he caught Samantha’s name this time. I agree with him, the show was pretty good this week, but they’ve set up a pretty difficult villain for Mac to try and defeat. I guess we’ll just have to wait and see if he’s actually able to.