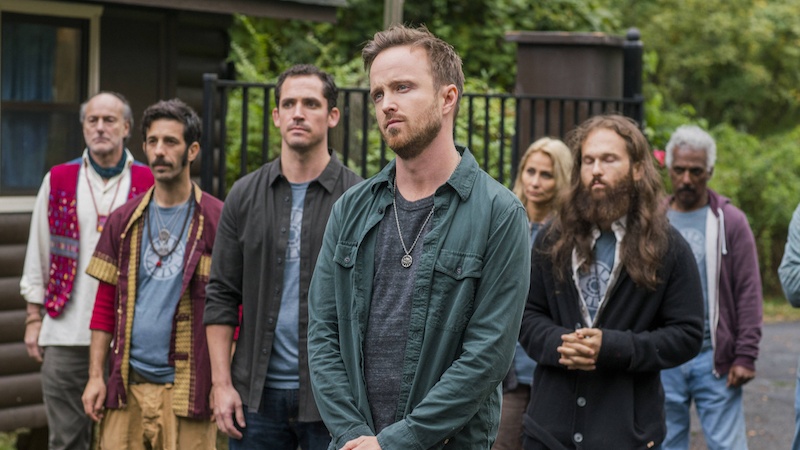 The third season of The Path picks up with Eddie leading the Meyerist movement while Cal has taken a step backward.  As Eddie begins to get his feel for being a leader, something incredible happens that solidifies his position as being anointed by Steve, and chosen by the light to lead the Meyerist movement.  During a speech at their New York headquarters the building begins to shake and break apart, and Eddie encourages everyone to flee outside.  He finds a pregnant woman hiding, and they are the last two people in the building as it explodes.  The entire building is engulfed in flames, but Eddie walks this woman out of the front door, and they both appear entirely unscathed.  It’s a miracle all of the Meyerists witness, as well as one recorded on someone’s cellphone and uploaded to the internet.  Eddie finds himself and the movement going viral and entering the mainstream, which is something that changes and elevates Eddie and the movement in the public consciousness. 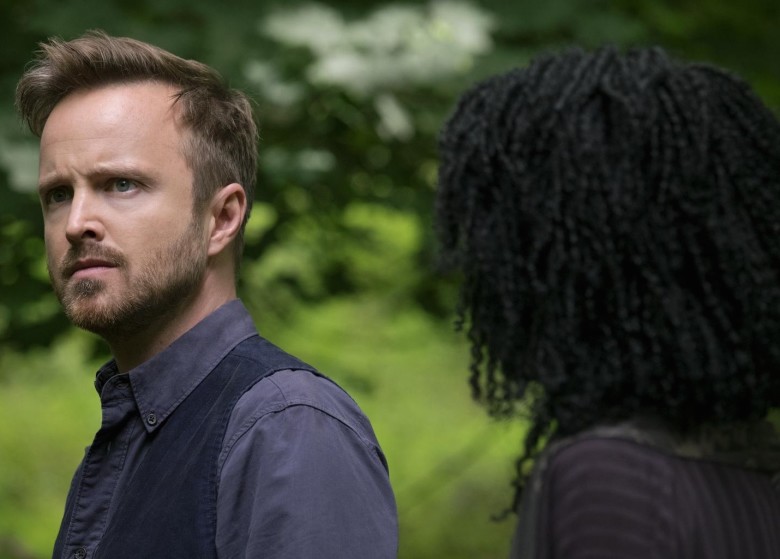 A fluke New York City earthquake, a fairly rare occurrence, is the launching point of this new season, and it perfectly encapsulates the suspension of disbelief needed to fully invest oneself in the narrative offerings of The Path.  Its strong first season was followed by a second season with plot holes large enough to drive a truck through.  Story arcs that were once so important to the overall narrative of The Path were soon discarded, forgotten, or never brought up again.  It leaves this third season with a lot to either tie back together, or make up for with solid story telling.

Remember when Alison Kemp’s (Sarah Jones) husband’s death seemed so important to unraveling the mystery of what was really going on with Meyerism, only for her to rejoin the movement and disappear from the story completely?  Her husband’s death, and the weird bank transactions linked to him, was the reason Abe infiltrated the movement to take it down in the first place.  This angle of investigation was soon replaced by Sarah blackmailing former members, which was then also conveniently tidied up by Eddie and Cal making a deal with Mrs. DeKaan to repay all of the blackmail money back (which would make Sarah’s charges go away) in exchange for the movement suppressing evidence of her business poisoning groundwater.  In short, The Path has been a convoluted mess with a frustrating story.  It can still be entertaining at times if you don’t pay too close of attention to the plot. 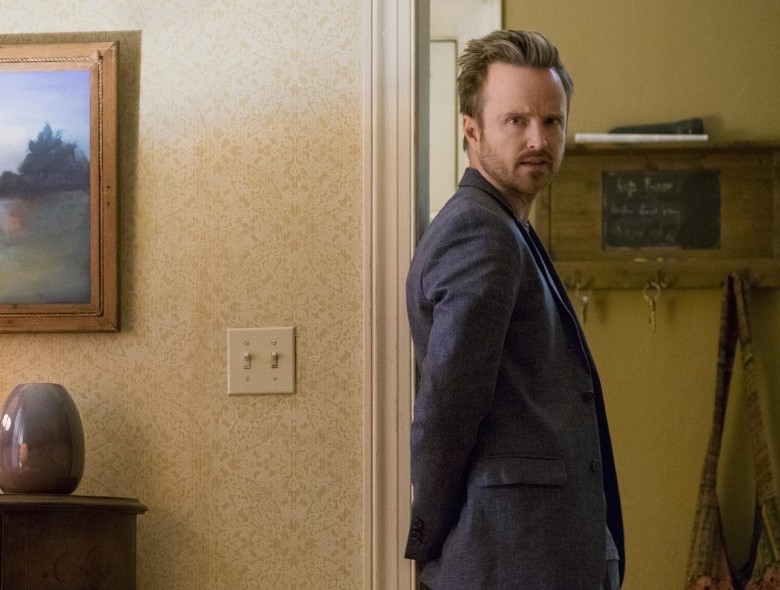 In the first three episodes, we see the new path Eddie charters for Meyerism and the growing pains that go along with it.  Both former Guardians of the Light, Sarah who’s stayed in the movement, and Cal who’s left and started his own motivational speaking gig, struggle with the loss of power and the stain of what they did to keep it.  Sarah is still wracked by guilt, almost to the point of being unable to function at times.  This guilt is compounded by one of Sarah’s first scenes where a person she formerly blackmailed forces himself into her house and commits suicide in front of her.  Sarah was the picture of innocence when the series first started, and now she’s done so many terrible things she may never be able to forgive herself.  She has the deaths of Silas (something better come of this eventually), Richard, and now the man who committed suicide hanging over her.   There’s also the blackmail, and her affair with Cal that weighs her down.  Sarah looks in the oddest, and weirdly kinkiest way to suffer for her sins.  Cal is all too willing to help, until terrible childhood memories of abuse at the hands of Steve come bubbling up out of his repressed subconscious.

Eddie pushes for a more inclusive and open movement because he believes the garden is for everyone, but he comes up against some obstacles.  Changing the minds of some long time members is a difficult task, and there’s a lot of fear involved with leaving the gates of the compound open and unguarded.  He’s opened a huge multi-faith, multi-use building so people of all faiths can come together and talk and understand each other, but his push to become more mainstream has also alienated some of the parents of his followers, and a public campaign against the movement begins to do damage to their image. 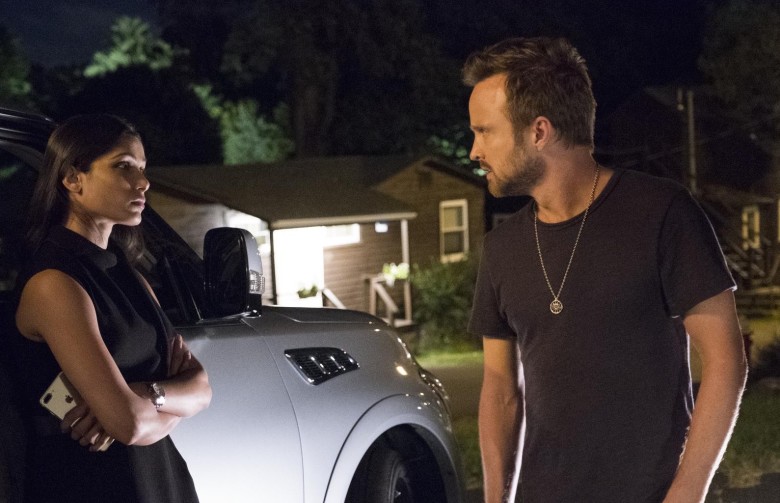 In order to put out these fires, Eddie hires a non-believer as his PR person.  Vera (Frieda Pinto) has big plans for moving Meyerism into the mainstream, and is excited to work for something she can get behind since her last jobs were at Greenpeace and Breitbart (give me a f*&^’n break, most unrealistic resume ever!).  Vera may have other intentions than to just elevate Meyerism, and these intentions become clearer as she spends more time with her mother (Sarita Choudhury).  Her mother is the leader of a doomsday cult, or Meyerist splinter group, that believes Eddie has to die in order for them to gain access to the Garden.  Vera isn’t as ardent a believer in her mother’s teachings as she lets on, and is actually attracted to Eddie and doesn’t want him to die.  The big tension this season is going to be what Vera’s mother’s group will do to make their prophecy happen, and how Eddie and Meyerism will escape this perversion of Meyerist teachings without losing the movement entirely.  Does Meyerism even have a future when their founder may have been a pedophile?

The Path isn’t for everyone, especially since the show expanded its horizons and forgot what made the first season so watchable.  It’s the small family drama’s that sucked in viewers, but those have been neglected for larger story arcs that, with The Path’s track record, are bound to either be forgotten or resolved in an unsatisfactory manner.  It’s too bad because the cast is stellar, and the small moments still resonate in this show.  The Path just needs to find its way back into the light.